Self Propelled barges are cost effective and economical in terms of transportation by sea, rivers or channel for a short limited distance.  The barges capable of operating in shallow waters are very economical for coastal operations where the availability of jetty and ports are limited.
Low draft self propelled barges with crane mounted is the first choice among the charterers. These barges are capable of operating in shallow waters and with the help of cranes the cargo discharge is also possible at required coast.
The self propelled barges of low draft and mounted crane is mostly in demand from charterers from Maldives and Lakshadweep.

Self propelled cargo barges are also in demand for loading and unloading of cargo from mother vessels ( panama, supramax and handymax) at shallow water ports or fresh water ports where the draft restriction are there.

Self Propelled Barges on Time Charter in India

We are active agents based in India and provide Self Propelled Cargo Barges on Time Charter.

The Barges are available with or without cranes as per requirement of the clients.

Barge Particular are as below 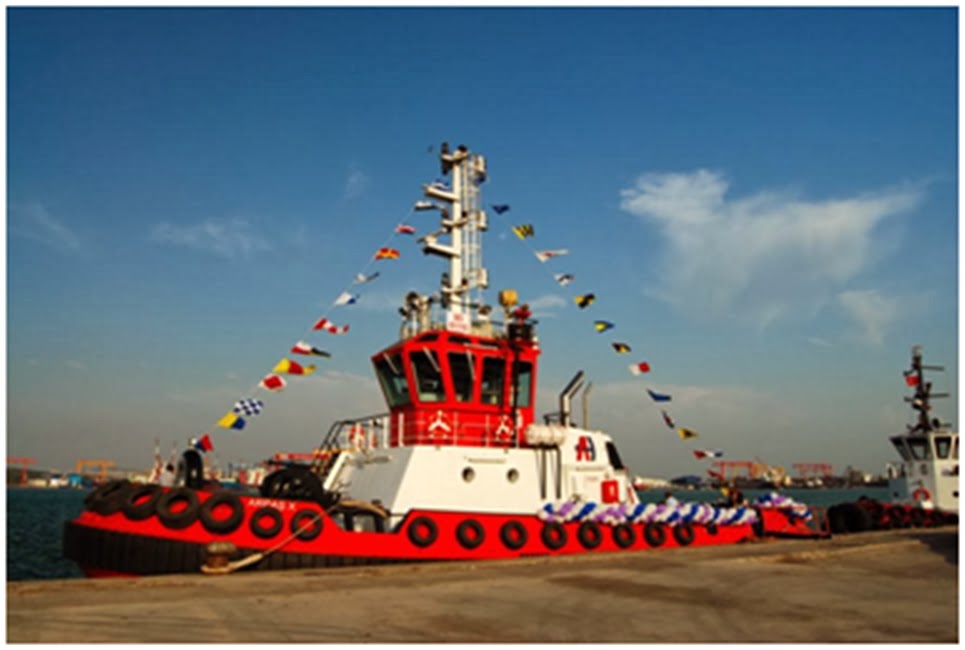 Tugboats have a rugged, old world charm that attracts a brand of enthusiasm few other boats can. They are one of the sea’s most hardworking, yet humble, marine vessels, and their history holds tales of perseverance, family tradition and community. When the first tug launched from a Scottish harbor in 1871, its power betrayed its size and unassuming purpose. Within a century, tugs had become a commercial replacement for horses and mules, and were directly responsible for the ballooning American canal system. While they appear to have their feet planted firmly in past centuries, they are untouched by the concerns of today.  The sector’s experience of the recession was a tumultuous one dominated by a fickle freight industry. On a more positive note, as tugboats emerge from a shaky five year revenue crisis, their technological future is becoming brighter than ever. Like the rest of the travel industry, anti-pollution concerns, high tech innovations, and budget worries are expected to alter the way designers approach their projects, transforming tugboats for sale into prouder vessels with plenty to brag about.

In 2008, the fact that tugboats ran on diesel caused plenty of hand-wringing as the sector faced the 2007 regulations governing all remanufactured marine engines. Tough standards meant that, by 2015, all tugboats would have to reduce their emissions by 90%. Hybrids were the obvious answer, and many expected that technology would change before expected price increases in diesel fuel. The actual change was more sluggish than expected, but the sector is currently making significant inroads. The world’s earliest hybrid tugboat was launched in 2010, and in 2013, the first liquefied natural gas tugboats were launched bearing Rolls Royce engines. The tug’s past as a pollution-belching vessel will soon be too distant to remember. Smoky harbors will eventually be a thing of the past, but tugboats enthusiasts will be rewarded with more than simply a clear conscience.

As liquefied natural gas (LNG) becomes increasingly available, tug owners will find themselves with easier budgets to contend with. The non-toxic, non-corrosive gas has a greater energy density than diesel, which makes it more cost-efficient over long distances. By 2020, it is likely that an even more energy efficient innovation will give tug operators more bang for their buck: The E3 tug project hopes to offer a fresh hybrid propulsion system that functions more cleanly, quietly, and cost-effectively. Cheaper production will not only offer cheaper running costs but lower investment outlay, too, as production becomes faster and less expensive.

Today’s tugs need far more horsepower than they did in the past and with that, maneuverable docking will need to improve. They will operate with fewer crewmembers, and will slowly work towards better automation. Compact ship docking tugs can currently pull over 60 tons despite their compact size, but as the market becomes increasingly competitive, they will singlehandedly manage the work that used to require four tugs. As marine personnel availability dwindles, tug design will focus increasingly on this aspect, but comfort is another influential factor. Low sheen finishes now offer reduced water reflection, while on-board solar power offers hot water.

Tomorrow’s tugboats will follow in the footsteps of the motoring sector by introducing more comfortable, user-friendly features that will revolutionize the industry. Yesterday’s trends have shaped the tug market relatively little, but the current changes will bring about a far more dramatic evolution. This is partially due to the fact that the industry is burgeoning, with rapidly growing sales, revenues, and production rates. As tugboats increase in demand, those who design them will have greater expectations to sate.


Towing works are always in demand for mobilizing / salvaging ship met with engine failure or any other technical problem. Also towing work is required for transporting unmanned craft, pontoons, barges etc. We undertake complete work of providing you with required tugboats for completing your towing operations on time.

Vessel are required with extra equipments which supports the supply to offshore platforms and plays a vital role in connecting the offshore platform with mainland. Whether transporting crew / offices, fire fighting and standby vessel or carrying water and mud samples, Platform Supply Vessel (PSV)performs excellent role in meeting all these demands. Our chartering services come with solutions to all your requirement of PSV for short or long terms charters. 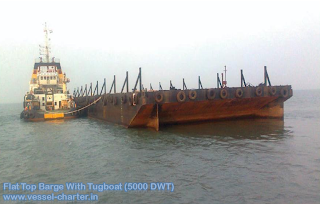 We are service providers for Flat Top Barges required for coastal engineering works. Crawling Excavators also can be mounted on these Flat Top Barges on requirement which can be utilized as for limited dredging / excavation work at shallow water. These barges can also utilize for drilling works, construction or repair of jetty, transporting over dimension cargo, diving works, etc. Ideal for operating at river channels, shallow water where limited draft available, these barges are in high demand. Anchor chains, winches along with skilled operators enables the barge to complete the job works.

For any requirement of Flat Top Barge along with Tugboat for coastal engineering works, kindly do contact us with details like open deck space required, capacity, whether reuired for Over dimension cargo or for carrying construction material like boulders, bars etc
The barge along with tugboat are capable of supporting cranes, storing material and are available in capacity of 200 MT to 5000 MT and above depending upon requirement.

We are brokers and our service includes providing tug boats on charter for assisting ships at ocean and in harbor. Other services also include towing dredgers, barges, salvage equipments, and scrap / dead ships. We arrange tug boats of 10 Bollard Pull to 50 Bollard Pull or as per client’s requirements.

Tug Boats are also available for towing rigs and also as stand by and supply vessel at ocean platforms. We operate from India (West Coast) and all tugs we provide are from west coast India. All tugs boat are Indian Flag and possessing valid permissions to operate in Indian Waters. These tugs also can be made available for towing ships or equipments from foreign waters to India or from India to any foreign waters.

We provide competitive and cost effective services. Tug Boat are available for all weather operation for 24 X7. Harbor Tugs boats are available for short period or on call out basis at particular port for operating within port limits.

The ability to perform wide variety of duties makes these multipurpose tugboats in high demand. The shallow draft tug boats can easily be rigged with the equipments like firefighting, oil response, salvage etc.

If you have any requirement of tugboats services in harbor or at ocean, kindly do contact us.